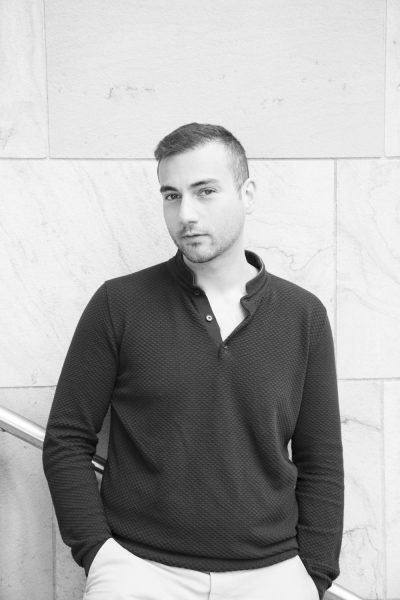 Gökhan Tanrıöver is a Turkish-born photographic artist, currently based in Madrid. Following an early medical career, he realised his vocation lay elsewhere. He meticulously constructs his photographs using film and prints them in the darkroom, which serves as his personal sanctuary. Often using repetition and alteration between the frames, he considers the roll of film as an event where he performs with and for the camera to construct imagery that focuses on personal and cultural identity informed by personal experience and memory.

After completing his BA (Hons) in Photographic Arts (2017) from the University of Westminster he has been shortlisted for the Peaches and Cream Photography Competition (2017) and selected as a finalist in the Royal Photographic Society International Photography Exhibition 160. His work has been included in numerous group exhibitions including Separation and Belonging, which he co-curated as part of the Whitechapel Gallery’s First Thursday tour in May 2016. In 2017, he was chosen to participate in the Travers Smith CSR Art Programme and received their Emerging Talent award for his series Confessionals. The work was shown at Brighton Photo Fringe in 2018, receiving the Photohastings Shutter Hub award and was also shortlisted for the Athens Photo Festival 2019.

Gökhan’s images have featured in numerous publications including Der Greif, Analog Forever Magazine, Source Magazine, Shutter Hub, Photograd and The Pupil Sphere. His work is held in both private and public collections including Travers Smith, Hogan Lovells, Garrigues and the Guildhall Art Gallery. Following his debut solo show at Argentea Gallery, in 2021 he has completed his MA in Photography at the Royal College of Art.