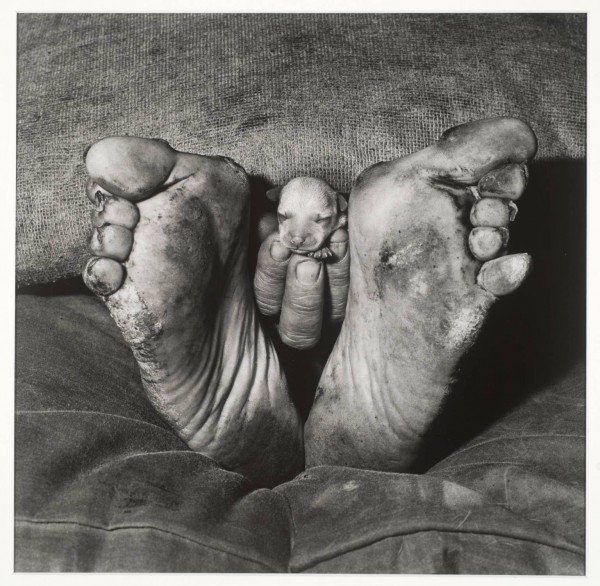 The first time I came across the work of Sells was in Paris Photo Fair 2013, represented by the Michael Hoppen Gallery based in Chelsea.  It gives me a great pain that I missed her exhibition at the said gallery as she has a small online visibility.  I was inspired to combine medias as she often combines spray painting with her prints.

Born in Aspen, Colorado, she began using photography in her artwork in 1993. She graduated from the Rhode Island School of Design in 2000 with a Bachelor’s degree in Fine Art, with a major in photography, taking her Masters in Fine Art from Central St. Martins in 2011. She currently lives and works between London and Maun, Botswana with her South African husband.

Each of Sells’ works is a unique analogue C-type print. Using medium and large format cameras with film, Sells produce each unique print by hand in a darkroom.  Though she shoots in colour, Sells spends 45 minutes in the darkroom with each picture, manipulating shades of cyan, magenta and yellow light to create unique, unreplicable images – reflecting her wish to capture the transience of nature.

The series Senescence, uses the traditional form of the still-life to explore her personal experiences of the country she resides in.  She puts elements drawn from her travels and combines symbolic objects with bold colours that stand out but ironically shadows and covers up part of the objects underneath it. 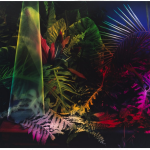 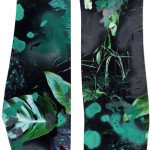 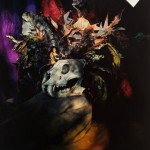 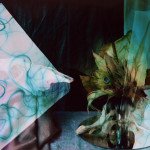 Pairidaeza, 2013 is a unique analogue C-type print measuring 102cm by 76cm from the Senescence series.  The name comes from the Persian word meaning exceptional gardens or celestial garden/heavenly paradise on earth.  The Babylonian Hanging Gardens were amongst the 7 ancient wonders of the world.  It takes knowledge of the surrounding areas in Central Asia to appreciate how unique these gardens were and perhaps Chloe Sells is using the notion of intense beauty in an environment that you don’t expect to see, like a diamond set inside a stone.

The photograph uses green foliage that through the unique techniques of the artist is coloured and the triangular shape towards the left of the photograph acts as a prism breaking white light into its constituent wavelengths and creating this rainbow effect.  I feel she could be using this effect to showcase the uniqueness and diversity amongst things and people that appear to be the same and perhaps having the identity of a traveller or a foreigner, she is able to make these observations.

I am very much looking forward to a future Sells exhibition as her prints have an immense impact that goes so much beyond the power of the colours she uses.